Believe it or not, your therapist is often wrong about sex

You may find this hard to believe, but most therapists, psychologists and doctors have received no training insexuality. A minority of mental health, social work or medical training programs offer graduate-level training in sexuality issues, beyond covering the paraphiliasand sexual disorders included in DSM-5. Some programs address sexual diversity issues, but not all. Few, if any, states require specific training in sexuality issues in order to qualify for licensure. Only a very few states (California and Florida when I last looked) require a license or documented training in order to call oneself a sex therapist.

Why and how this came to be is a long, socially-driven tale, and I’m not sure anyone has ever really documented the story. But, what this lack of training means, is that therapists are subject to the same sexual biases, misconceptions, and myths, which permeate general society. Most therapists learn about sexual issues from the general media – NOT from professional journals or research.  As a result, many therapists hold some dangerous myths and misconceptions, and use these mistaken beliefs in their practice. Here are five of the most common ones, which I’ve encountered as I supervise, correspond with and train therapists around the world;

Kink is Rare and Unhealthy: Since the ideas of fetishes/paraphilias were first introduced in the late 1800’s, therapists have believed that sexually unusual behaviors and desires were just that: unusual, rare, and usually abnormal. But, the DSM-5 makes the distinction between paraphilic interests, and paraphilia disorders, now acknowledging that people can have unusual sexual interests, with no distress or dysfunction. In Scandinavia, they abolished the paraphilia diagnoses several years ago, with no regrets or reconsiderations. Recent research in Canada suggests that nearly half the population endorses interest in “unusual” sexual practices. Which begs the question if anyone really knows what “usual” or “normal” actually is. Numerous recent studies of people involved in BDSM show that they are often more emotionally healthy than the average person. And, the Fifty Shades of Grey Effect has shown that many, many “normal” people are interested in exploring their sexual boundaries.

Open or Non-Monogamous Relationships Don’t Work Long-Term: Therapists tend to be remarkably biased and judgmental about relationships that explore negotiated alternatives to infidelity. In a recent NY Times article(link is external), noted anthropologist Helen Fisher proclaimed that humans aren’t wired for nonmonogamy, and are fooling themselves if they pursue it. But, increasing numbers of relationships are negotiating these boundaries, and many researchers and therapists like myself are writing about the many kinky, polyamorous, swinger and gay male couples that we’ve seen establish and maintain very healthy relationships for decades. Several studies of nonmonogamous couples show that they tend to be more egalitarian, more open to sexual diversity, and more likely to practice safe sex. Given the incredibly high rates of infidelity and divorce in allegedly monogamous relationships, it leads one to wonder what exactly, therapists are thinking of when they say that monogamy works and nonmonogamy does not.

A therapist helping these men to suppress their same sex attractions is dangerously close to conversion treatment, and further, is unlikely to be effective or therapeutic. Patients experiencing distress at such desires deserve education, support and affirmative treatment to help them understand normalize their desires – treating sexual attractions as symptoms of trauma is inherently labelling them as abnormal and unhealthy, directly contrary to best practices and ethical standards.

Casual Sex is Unhealthy: Many therapists believe that casual sex, sex outside an emotionally-committed relationship, is inherently unhealthy. It’s not hard to understand why therapists think this: our society promotes the idea that casual sex is less meaningful, and is cheap, compared to the ideal, of emotionally-committed bonding sex. Further, the research on casual sex is nuanced, and a bit difficult to parse out. Some research has shown that many women experience depression after casual sex, and are less likely to have orgasms. Further research (link is external)on casual sex suggests that it is people’s attitudes towards the activity which predict their experiences. If you think casual sex is cheap and unhealthy, you’ll probably feel bad afterwards, if you have sex with someone you’re not in a relationship with. But, it’s likely that it’s the people who feel bad after casual sex who are telling their therapists about it, not the people who enjoy it and feel fine about it. So, it’s easy to understand how therapists could end up thinking that casual sex is unhealthy for everyone, in spite of what research is now revealing. 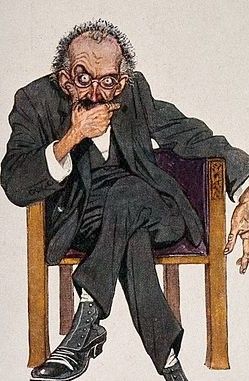 Therapists who believe these myths aren’t being intentionally biased. As said, they’ve rarely had training on dealing with these sexual issues. They are inundated with the panicked, sex-negative information that abounds in general media. They see a limited sample of people struggling with these issues, and don’t understand how sample bias(link is external)affects their judgment. Many therapists endorsing these myths identify as Christian counselors, and these myths are consistent with the sexual morals promoted in conservative religious beliefs. But, licensed clinical practitioners are held by their ethics to practice based on the best, most current clinical information available. They are also prohibited from engaging in stigmatizing treatments, regardless of the therapists’ religious beliefs.

If your therapist tells you any of these myths, know that they are likely doing so out of ignorance. Feel free to share this article with them. But, if they refuse to consider that their beliefs may be evidence of bias or stigma, you may need to consider finding another therapist, one who is interested in providing treatment based on evidence, rather than bias and assumption.